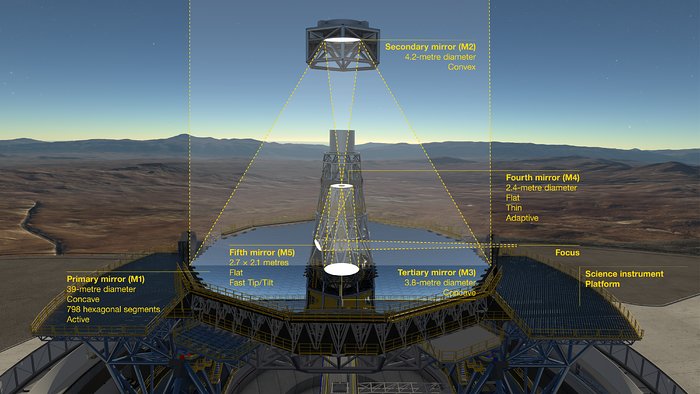 This diagram shows the novel 5-mirror optical system of ESO's Extremely Large Telescope (ELT). Before reaching the science instruments the light is first reflected from the telescope's giant concave 39-metre segmented primary mirror (M1), it then bounces off two further 4-metre-class mirrors, one convex (M2) and one concave (M3). The final two mirrors (M4 and M5) form a built-in adaptive optics system to allow extremely sharp images to be formed at the final focal plane.

Contracts for the casting of the M2 and M3 mirrors, their cells and sensors for the M1 segments were awarded at a ceremony at ESO's Garching Headquarters in January 2017.