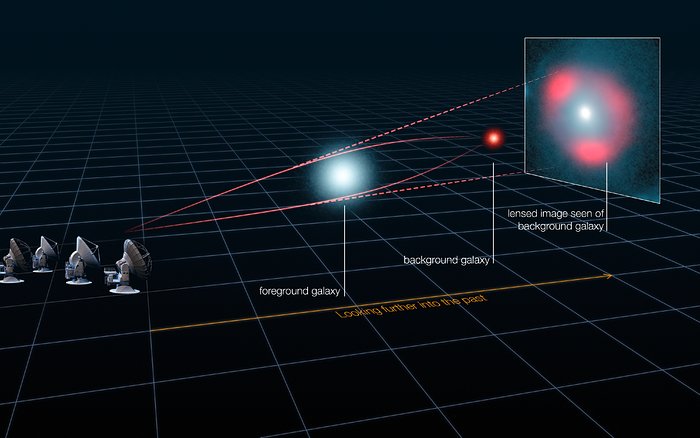 This schematic image represents how light from a distant galaxy is distorted by the gravitational effects of a nearer foreground galaxy, which acts like a lens and makes the distant source appear distorted, but brighter, forming characteristic rings of light, known as Einstein rings. An analysis of the distortion has revealed that some of the distant star-forming galaxies are as bright as 40 trillion Suns, and have been magnified by the gravitational lens by up to 22 times.