Saturn and the Giant White Spot 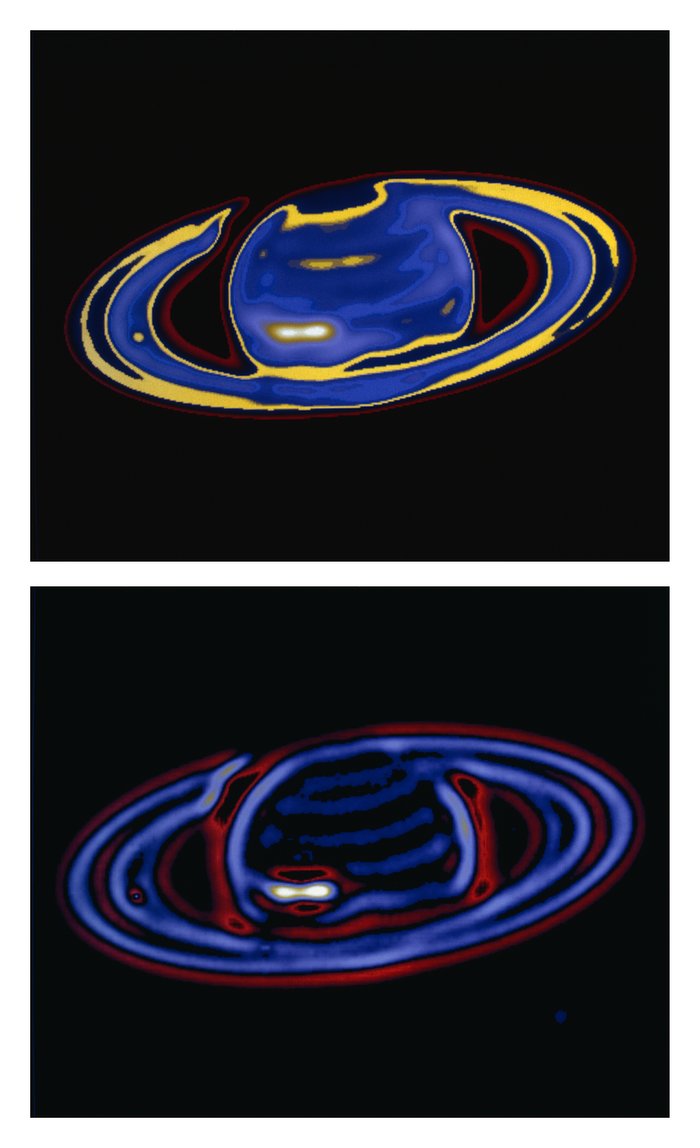 This picture of Saturn and the Giant White Spot was obtained with the ESO New Technology Telescope on October 16, 1990 at UT 0 hrs 0 min. It is a 1 sec exposure through a 6 nm wide filter, centered in the blue spectral region at 468 nm. North is approximately up and East is to the left. The seeing conditions were mediocre (arcsecond), and the false-colour reproductions shown here have been subjected to computer processing by D. Baade at the ESO Headquarters, according to an advanced algoritm, developed by L. Lucy; this has resulted in a sharpening to about 0.4 arcseconds.