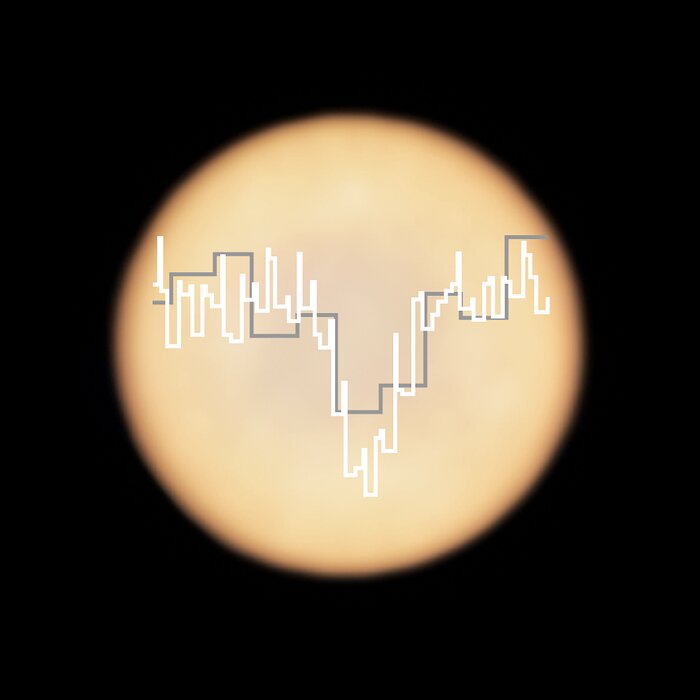 This artistic representation shows a real image of Venus, taken with ALMA, in which ESO is a partner, with two superimposed spectra taken with ALMA (in white) and the James Clerk Maxwell Telescope (JCMT; in grey).

The dip in Venus’s JCMT spectrum provided the first hint of the presence of phosphine on the planet, while the more detailed spectrum from ALMA confirmed that this possible marker of life really is present in the Venusian atmosphere.

As molecules of phosphine float in the high clouds of Venus, they absorb some of the millimetre waves that are produced at lower altitudes. When observing the planet in the millimetre wavelength range, astronomers can pick up this phosphine absorption signature in their data, as a dip in the light from the planet.