Venus as seen by ALMA 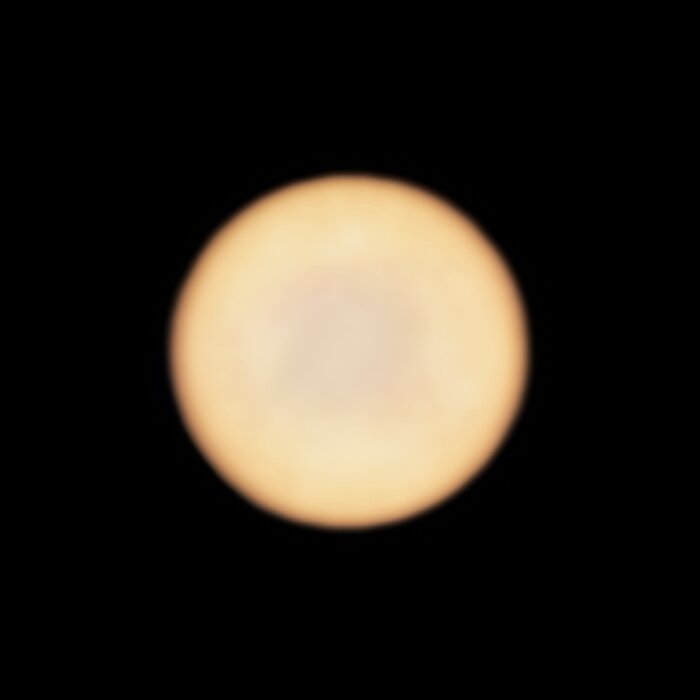 This new image from ALMA, the Atacama Large Millimeter/submillimeter Array in which ESO is a partner, shows planet Venus.

Rather than a real feature on the planet, the patchiness of the disc may be due to the response of the interferometer to the very bright emission from Venus, which makes it hard to sample the largest scales accurately.