The sky above the ELT site 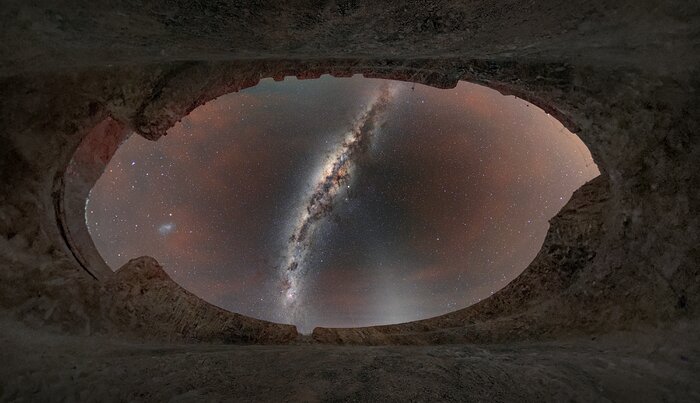 This image shows the night sky above the construction site of ESO’s Extremely Large Telescope, which is planned to start operating in late 2025. A laser guide from the nearby Very Large Telescope is seen in the background.

An ESO study of the impact of satellite constellations on astronomical observations in the visible and infrared found that large telescopes like ESO's Very Large Telescope and the ELT will only be "moderately affected" by the constellations currently under development. Depending on the science case, the impacts could be lessened by making changes to the operating schedules of ESO telescopes.