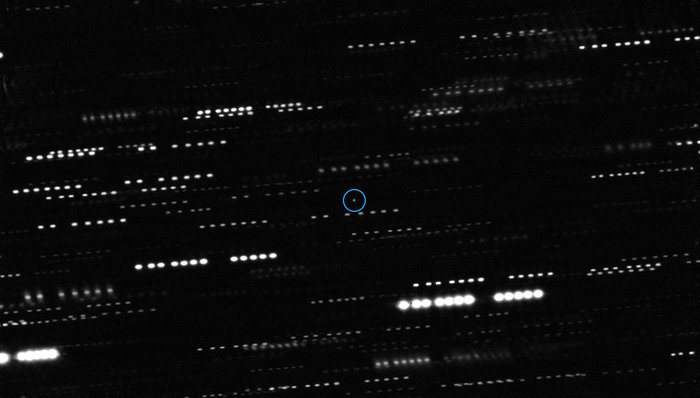 This very deep combined image shows the interstellar asteroid ‘Oumuamua at the centre of the picture. It is surrounded by the trails of faint stars that are smeared as the telescopes tracked the moving asteroid. This image was created by combining multiple images from ESO’s Very Large Telescope as well as the Gemini South Telescope. The object is marked with a blue circle and appears to be a point source, with no surrounding dust.