The President of Chile, Michelle Bachelet, arrives at the first stone ceremony for the ELT 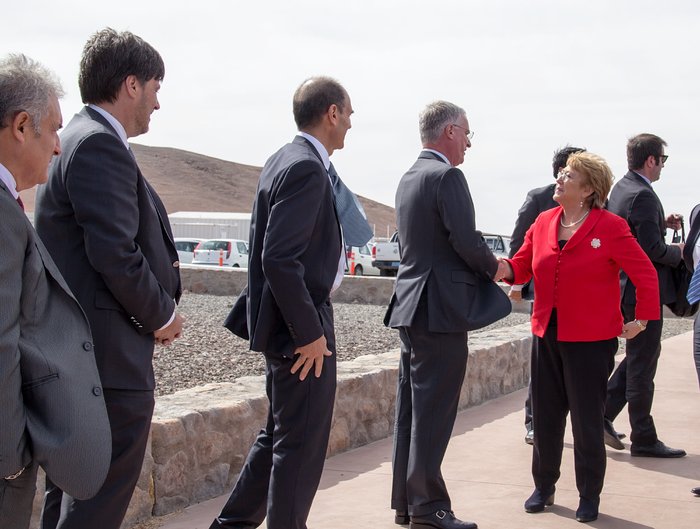 On 26 May 2017 the first stone ceremony for ESO’s Extremely Large Telescope (ELT) was attended by the President of the Republic of Chile, Michelle Bachelet Jeria. The ceremony was held at ESO's Paranal Observatory, close to the future home of the giant telescope. This milestone marked the beginning of the construction of the dome and main telescope structure of the world’s biggest optical telescope. The occasion also marked the connection of the observatory to the Chilean national electrical grid.

In this picture the president is welcomed to the Paranal Residencia by ESO's Director General, Tim de Zeeuw.