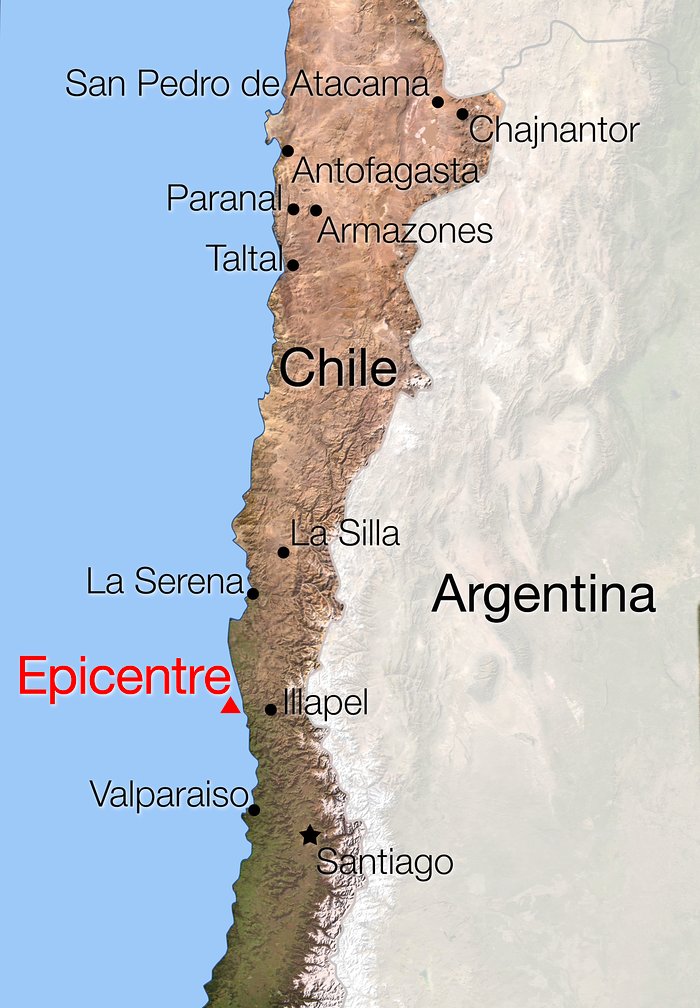 A magnitude 8.3 earthquake struck central Chile at about 20:00 local time on Wednesday 16 September 2015 (01:00 CEST on 17 September) between Santiago and La Serena, followed by several aftershocks. This map shows the location of the epicentre and the ESO Observatories in Chile. No casualties among ESO staff were reported and no major problems were reported from the ESO Sites.