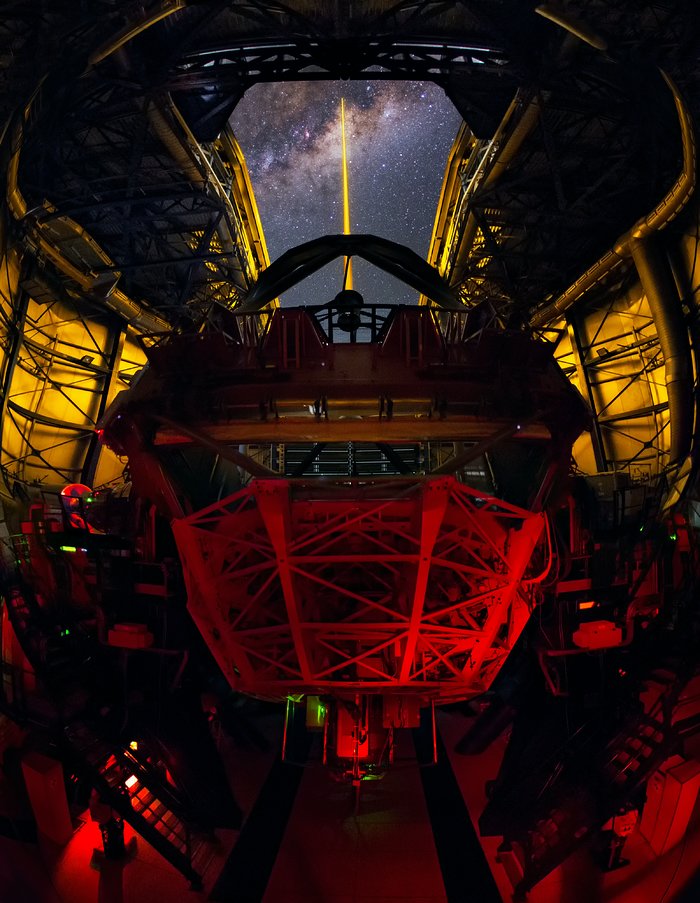 The LGS, located on top of the 1.2-metre secondary mirror of Unit Telescope 4, is part of the VLT’s adaptive optics system. By creating a glowing spot — an artificial star — in the Earth’s atmosphere at an altitude of 90 kilometres, the light coming back from the laser can be used as a reference to remove the effects of atmospheric distortion. This allows the telescope to produce astronomical images almost as sharp as if the telescope were in space.

The plane of the Milky Way, seemingly pierced by the laser as it soars above the open dome of the telescope, is rippled with dark clouds of interstellar dust that block visible light. However, thanks to the telescope’s infrared instruments and the adaptive optics system, astronomers can study and image our galaxy’s complex and turbulent core in unprecedented detail.