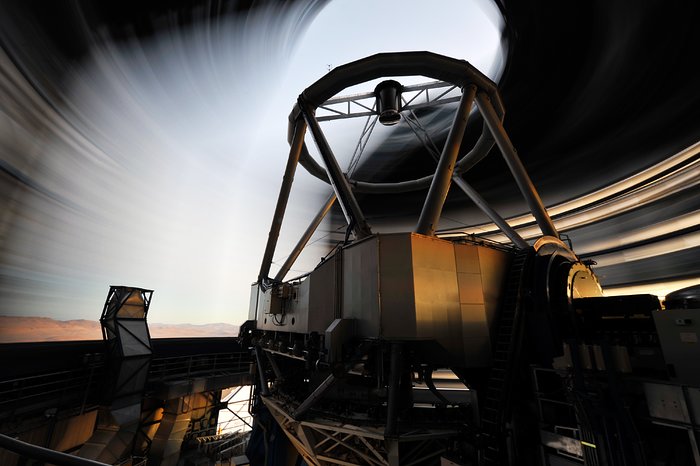 The dynamism of ESO's Very Large Telescope in operation is wonderfully encapsulated in this unusual photograph, taken just after sunset at the moment Unit Telescope 1 starts work. An extended exposure time of 26 seconds has allowed ESO Photo Ambassador Gerhard Hüdepohl to record the movement of the dome, looking out through the opening from within, as the system swings into action. The rotating walls of the dome look like an ethereal swirl through which a slice of the Atacama Desert can be glimpsed, while the crisp dusk sky provides a splash of cool blue.

The telescope structure, seen stationary in the centre of the image, houses a mirror 8.2 metres in diameter, designed to collect light from the far reaches of our Universe. The dome itself is also an engineering marvel, moving with extreme precision and allowing for careful temperature control lest warm air currents disrupt observations.