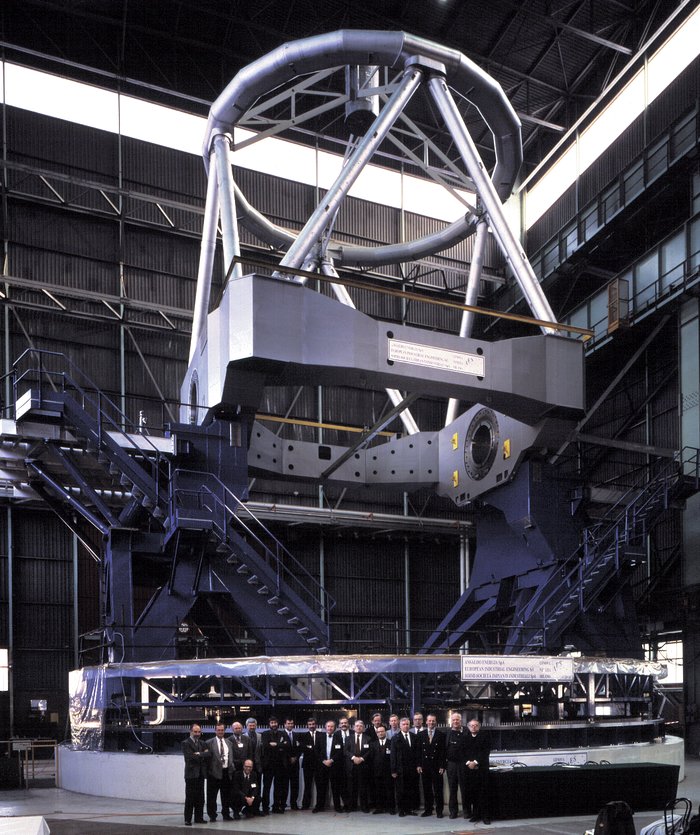 This photo shows members of the ESO Council in front of the mechanical structure of one of the ESO VLT 8.2-metre Unit telescopes, now being assembled at the Ansaldo factory in Milan (Italy). It was obtained on November 28, 1995.

The structure stands about 24 metres tall and protrudes another 5 metres below the floor. This type of telescope mounting is known as `alt-az' (altitude-azimuth); it consists of a (blue-painted) platform which rotates on circular tracks around a vertical axis and a (silver-coloured) open structure (the `telescope tube'), that tilts around a horizontal axis. When the photo was taken, the cell that supports the main telescope mirror of 8.2-metre diameter had not yet been installed at the bottom end of that structure. The total weight of the moving parts is about 430 tonnes.