Image of the 2I/Borisov interstellar comet captured with the VLT 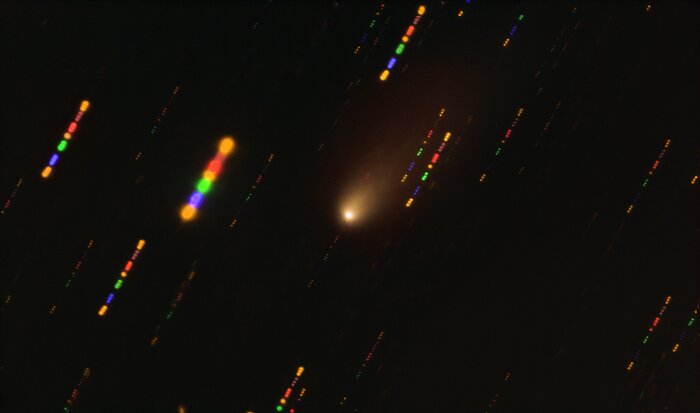 This image was taken with the FORS2 instrument on ESO’s Very Large Telescope in late 2019, when comet 2I/Borisov passed near the Sun.

Since the comet was travelling at breakneck speed, around 175 000 kilometres per hour, the background stars appeared as streaks of light as the telescope followed the comet’s trajectory. The colours in these streaks give the image some disco flair and are the result of combining observations in different wavelength bands, highlighted by the various colours in this composite image.