Example of a jellyfish galaxy 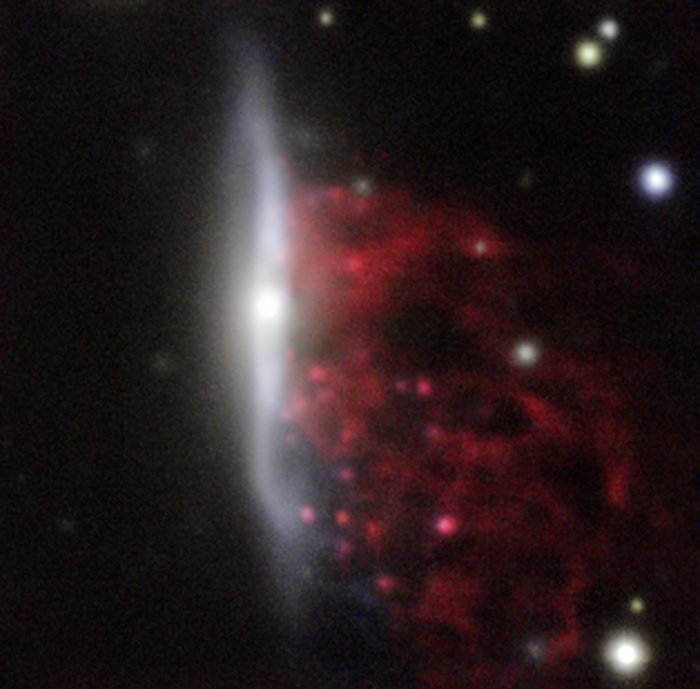 Observations of “Jellyfish galaxies” with ESO’s Very Large Telescope have revealed a previously unknown way to fuel supermassive black holes. It seems the mechanism that produces the tentacles of gas and newborn stars that give these galaxies their nickname also makes it possible for the gas to reach the central regions of the galaxies, feeding the black hole that lurks in each of them and causing it to shine brilliantly.

This picture of one of the galaxies, nicknamed JW100, from the MUSE instrument on ESO’s Very Large Telescope in Chile, shows clearly how material is streaming out of the galaxy in long tendrils. Red shows the glow from ionised hydrogen gas and the whiter regions are where most of the stars in the galaxy are located.