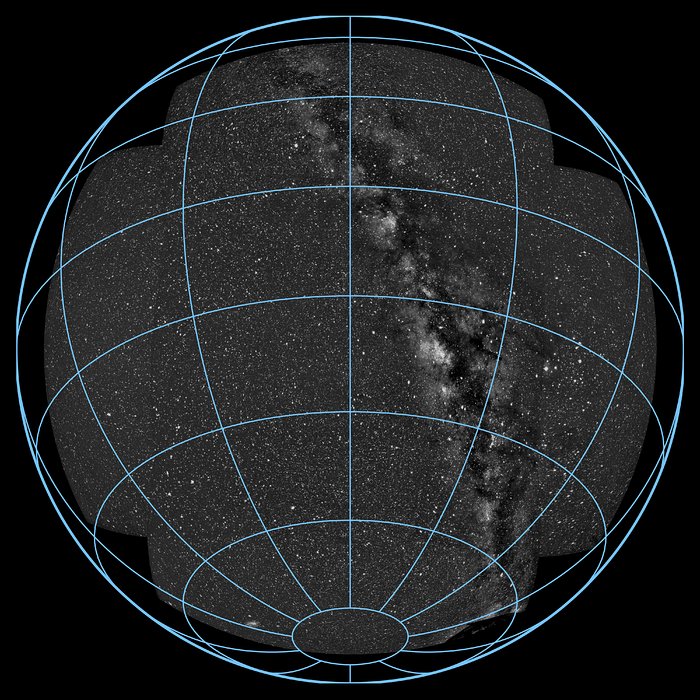 The MASCARA (Multi-site All-Sky CAmeRA) station at ESO’s La Silla Observatory in Chile achieved first light in July 2017. This new facility will seek out transiting exoplanets as they pass in front of their bright parent stars and create a catalogue of targets for future exoplanet characterisation observations.

This image from the system is a mosaic of the images from the five separate cameras. It shows almost all of the sky, including the spectacular band of Milky Way arching overhead.