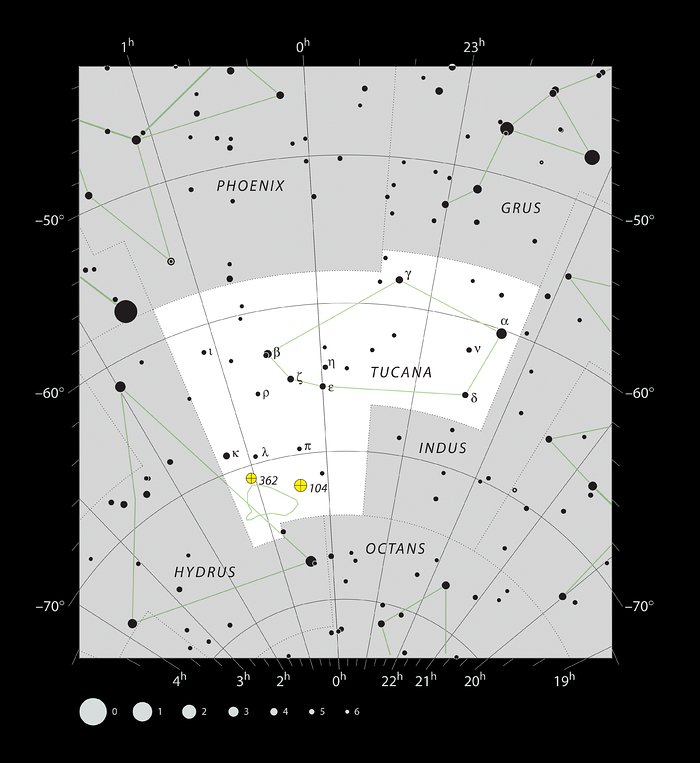 This chart shows the faint southern constellation of Tucana (The Toucan), home to the small nearby galaxy called the Small Magellanic Cloud (shown in green). This picture shows the stars that can be seen with the unaided eye on a dark clear night. The galaxy itself is also easily viewed without a telescope as a faint patch of light looking very like a small cloud. Nearby are the two bright globular star clusters NGC 104 (also known as 47 Tucanae) and NGC 362, both of which are much closer to Earth than the cloud itself and unrelated to it.