ALMA image of the protoplanetary disc around V883 Orionis (annotated) 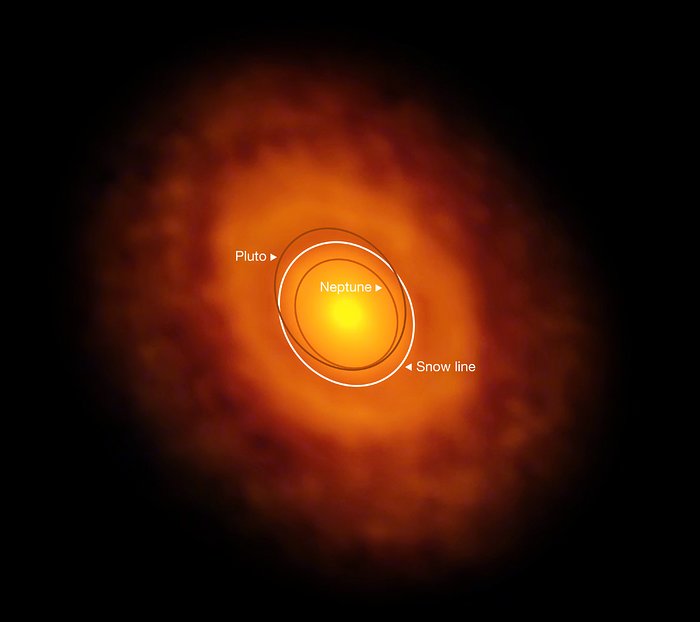 This image of the planet-forming disc around the young star V883 Orionis was obtained by ALMA in long-baseline mode. This star is currently in outburst, which has pushed the water snow line further from the star and allowed it to be detected for the first time. The dark ring midway through the disc is the water snowline, the point from the star where the temperature and pressure dip low enough for water ice to form.

The orbits of the planet Neptune and dwarf planet Pluto in our Solar System are shown for scale.