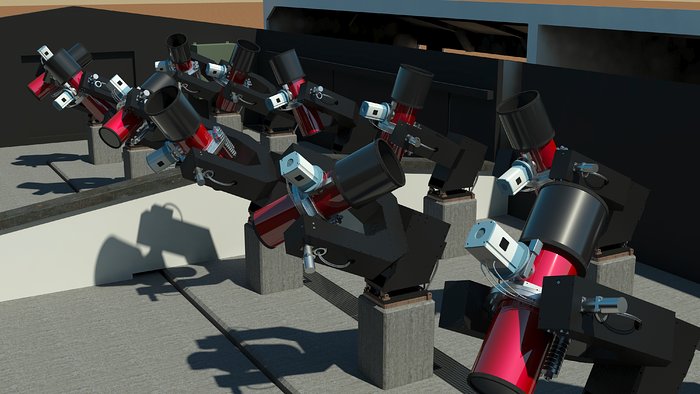 This engineering rendering shows the complete system in its enclosure.