Lights glowing on the ALMA correlator 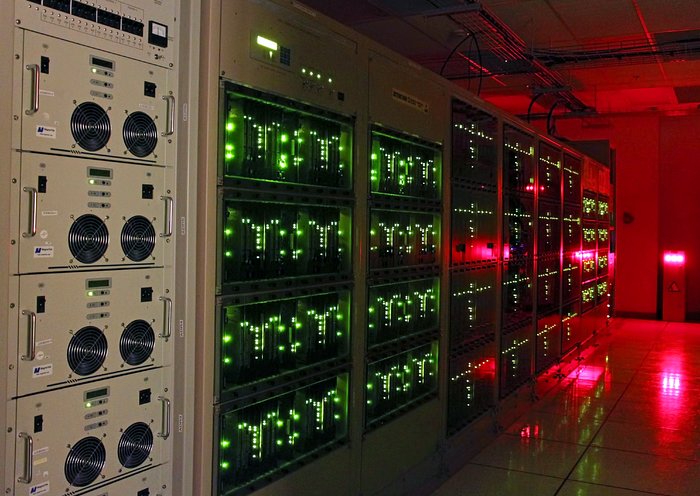 The ALMA correlator, one of the most powerful supercomputers in the world, has now been fully installed and tested at its remote, high altitude site in the Andes of northern Chile. This view shows lights glowing on some of the racks of the correlator in the ALMA Array Operations Site Technical Building. This photograph shows one of four quadrants of the correlator. The full system has four identical quadrants, with over 134 million processors, performing up to 17 quadrillion operations per second.