Through a crystal ball 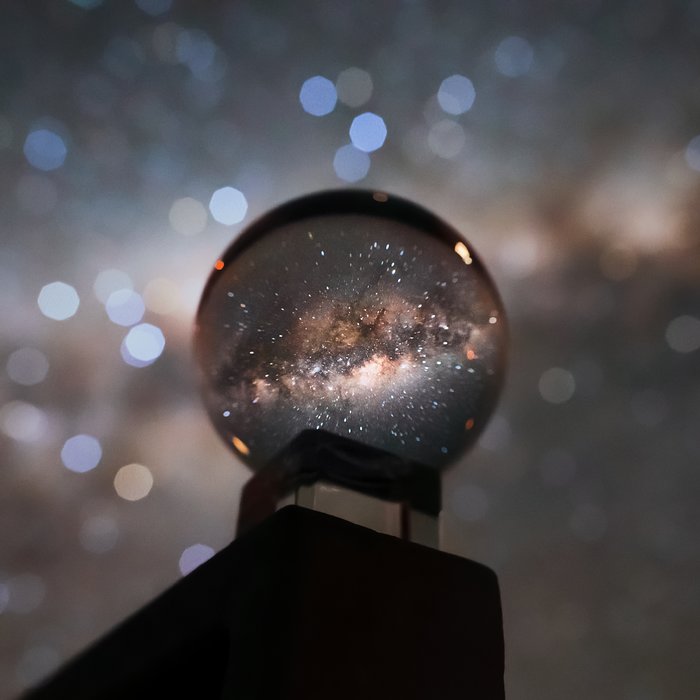 The wonders of the cosmos have inspired awe since the dawn of time. Thousands of years ago, ancient civilisations observed celestial objects to mark the seasons and time, to weave myths and stories, and to make sense of the cosmos around them — and modern-day stargazers are captivated by the beauty and mystery of the night sky in the very same way.

We have been turning camera lenses to the skies since the emergence of early forms of photography, hoping to capture the spectacle of a dark sky dotted with myriad pinpricks of light. But it wasn’t until 1850 that the first star was captured on camera. The following decades saw the development of increasingly complex camera equipment, and images of celestial objects and phenomena created using light from across the electromagnetic spectrum have since become the cornerstone of modern astronomy.

This beautiful photograph of the glimmering arch of the Milky Way as seen through a crystal ball, shining with billions of stars and entwined patches of gas and dust, offers an intriguing perspective on our home galaxy. It was taken by ESO’s Photo Ambassador Juan Carlos Muñoz-Mateos, who hopes to “help others feel what it’s like to look at the night sky from one of the darkest and most barren locations on Earth” — the Atacama Desert, home of ESO’s Paranal Observatory.