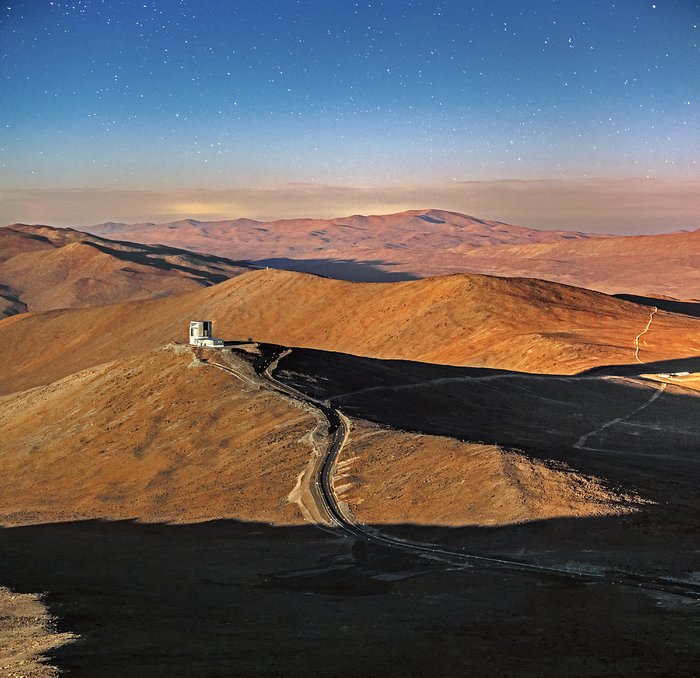 The rugged terrain of the Chilean Atacama Desert offers a truly striking backdrop for photographs — as evidenced by this snap of ESO’s Visible and Infrared Survey Telescope for Astronomy (VISTA), taken by ESO Photo Ambassador Alexandru Tudorică at ESO’s Paranal Observatory.

Although it is by far Tudorică’s most prominent subject, VISTA is not the only telescope visible in this image. The snaking path trailing off to the right side of the image leads to the inconspicuous enclosure of the Next Generation Transit Survey (NGTS) — the enclosure itself is just about visible to the far right of the frame, illuminated by a sliver of sunlight.

The NGTS comprises an array of small robotic telescopes that constantly and precisely monitor the brightness of nearby stars. By doing so, it hopes to catch exoplanets the size of Neptune in the act of blocking out light from their parent stars as they transit across the face of their star and cross the line of sight to Earth.