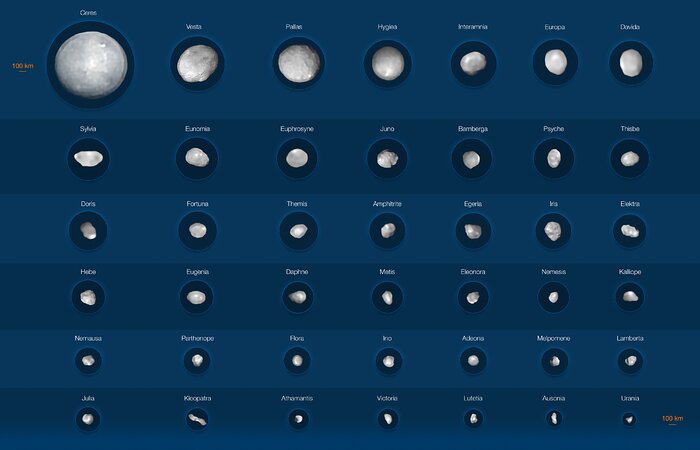 This image depicts 42 of the largest objects in the asteroid belt, located between Mars and Jupiter. Most of them are larger than 100 kilometres, with the two biggest asteroids being Ceres and Vesta, which are around 940 and 520 kilometres in diameter, and the two smallest ones being Urania and Ausonia, each only about 90 kilometres.

The images of the asteroids have been captured with the Spectro-Polarimetric High-contrast Exoplanet REsearch (SPHERE) instrument on ESO’s Very Large Telescope.