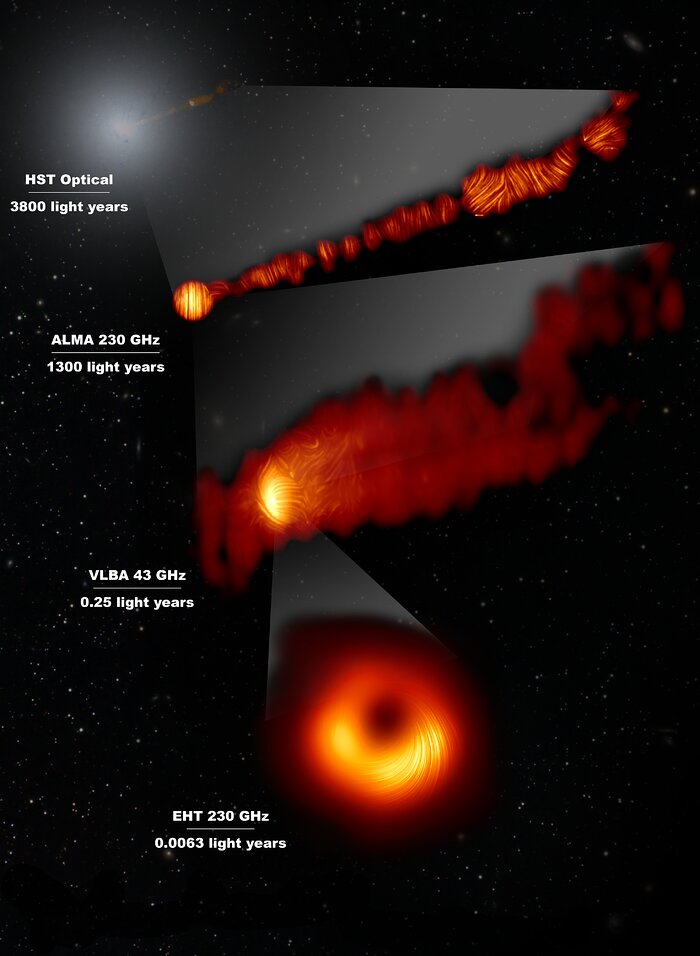 This composite image shows three views of the central region of the Messier 87 (M87) galaxy in polarised light and one view, in the visible wavelength, taken with the Hubble Space Telescope. The galaxy has a supermassive black hole at its centre and is famous for its jets, that extend far beyond the galaxy. The Hubble image at the top captures a part of the jet some 6000 light years in size.

The lines mark the orientation of polarisation, which is related to the magnetic field in the regions imaged. The ALMA data provides a description of the magnetic field structure along the jet. Therefore the combined information from the EHT and ALMA allows astronomers to investigate the role of magnetic fields from the vicinity of the event horizon (as probed with the EHT on light-day scales) to far beyond the M87 galaxy along its powerful jets (as probed with ALMA on scales of thousand of light-years).