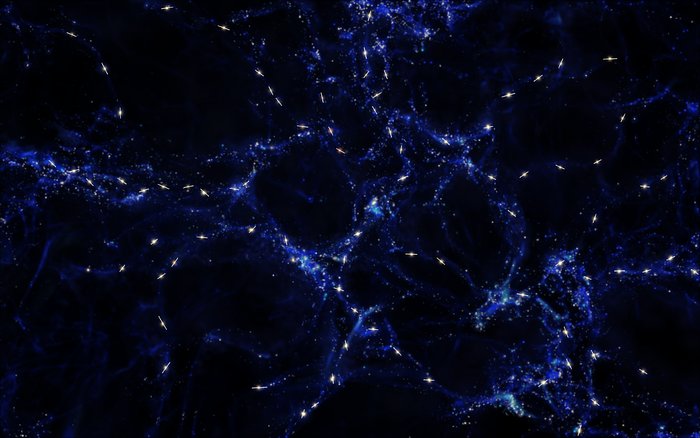 This artist's impression shows schematically the mysterious alignments between the spin axes of quasars and the large-scale structures that they inhabit that observations with ESO’s Very Large Telescope have revealed. These alignments are over billions of light-years and are the largest known in the Universe.

The large-scale structure is shown in blue and quasars are marked in white with the rotation axes of their black holes indicated with a line.

This picture is for illustration only and does not depict the real distribution of galaxies and quasars.