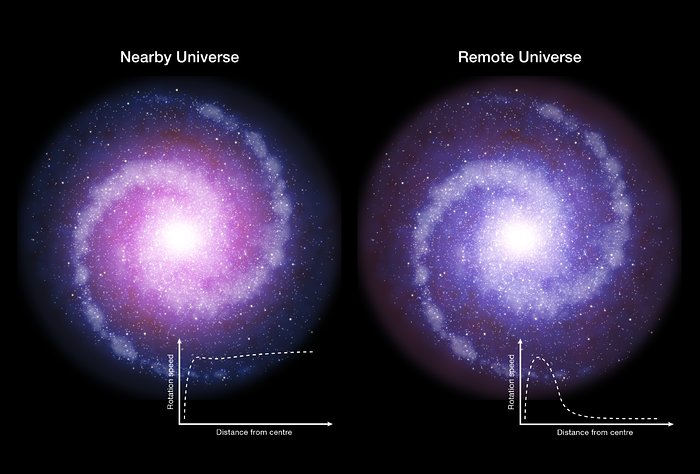 Schematic representation of rotating disc galaxies in the distant Universe and the present day. Observations with ESO's Very Large Telescope suggest that such massive star-forming disc galaxies in the early Universe were less influenced by dark matter. As a result the outer parts of distant galaxies rotate more slowly than comparable regions of galaxies in the local Universe. Their rotations curves, rather than being flat, drop with increasing radius.