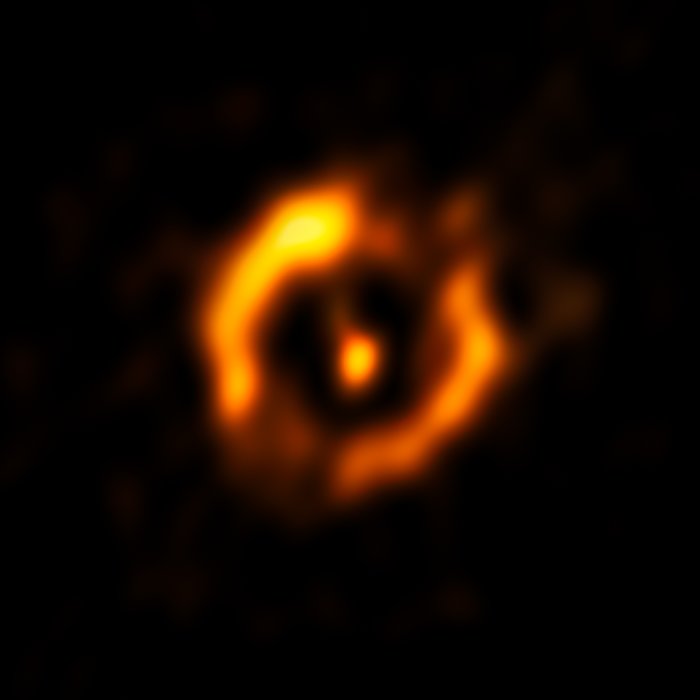 This view shows the VLTI reconstructed image, with the brighter central star removed. A fainter glow from the secondary star is visible, which came as a surprise to the observers.