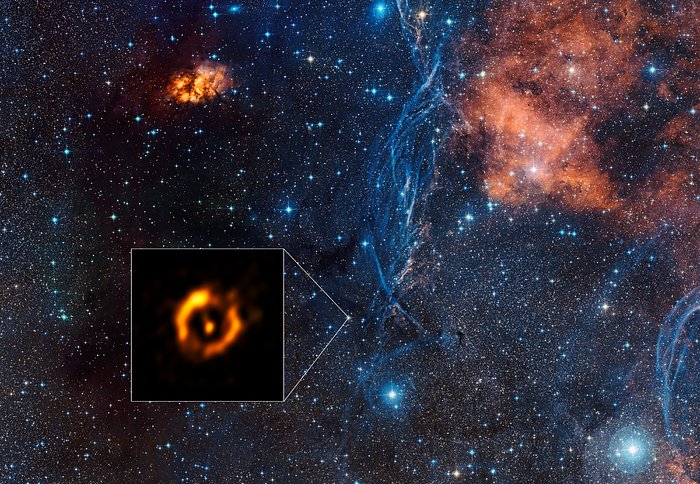 The inset shows the VLTI reconstructed image, with the brighter central star removed. The background view shows the surroundings of this star in the constellation of Vela (The Sails).