The surroundings of the interacting galaxy NGC 5291 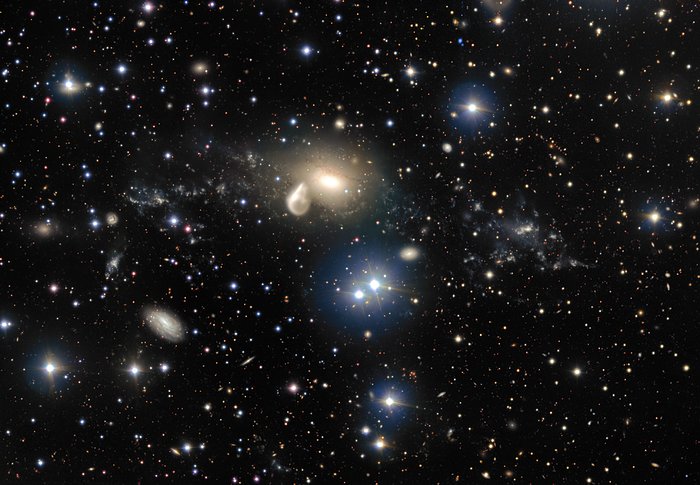 The spectacular aftermath of a 360 million year old cosmic collision is revealed in great detail in this image from ESO’s Very Large Telescope at the Paranal Observatory. Among the debris surrounding the elliptical galaxy NGC 5291 at the centre is a rare and mysterious young dwarf galaxy, which appears as a bright clump towards the right of the image. This object is providing astronomers with an excellent opportunity to learn more about similar galaxies that are expected to be common in the early Universe, but are normally too faint and distant to be observed by current telescopes.