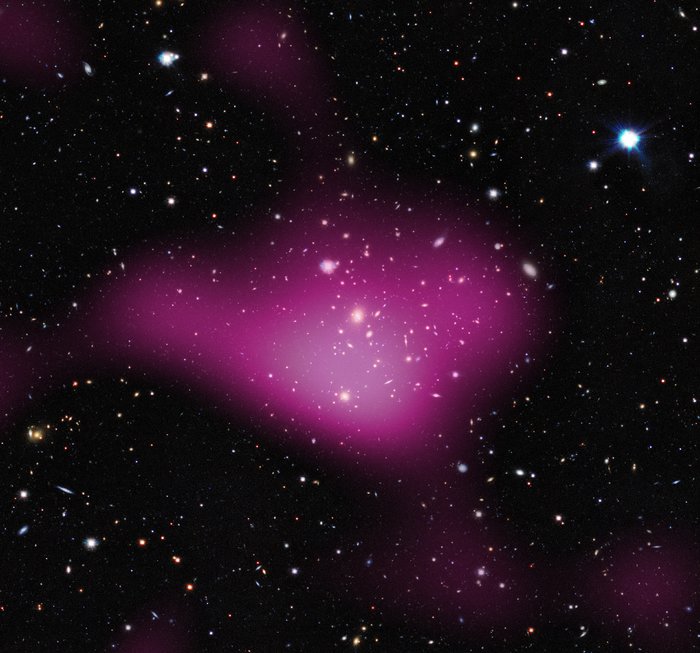 The first results have been released from a major new dark matter survey of the southern skies using ESO’s VLT Survey Telescope (VST) at the Paranal Observatory in Chile.

The project, known as the Kilo-Degree Survey (KiDS), uses imaging from the VST and its huge camera, OmegaCAM to analyse images of over two million galaxies. The KiDS team studied the distortion of light emitted from these galaxies, which bends as it passes massive clumps of dark matter during its journey to Earth. From the gravitational lensing effect, these groups turn out to contain around 30 times more dark than visible matter.

Here the invisible dark matter is seen rendered in pink on top of the visible-light image.