President Sebastián Piñera of Chile in the Paranal Control Room 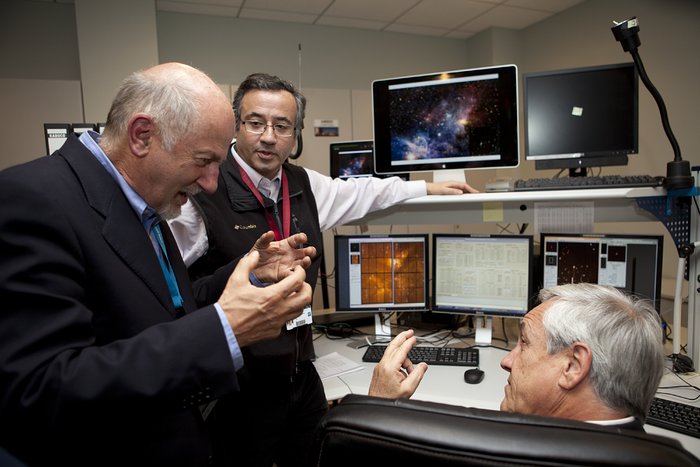 President Sebastián Piñera of Chile (seated, right) in the Paranal Control Room on 5 June 2012. ESO’s Representative in Chile, Massimo Tarenghi (left) and Chilean ESO astronomer Fernando Selman (centre) are describing the workings of ESO’s telescopes. President Piñera participated in observations with the VLT Survey Telescope of the Carina Nebula, which can be seen on the screen at the centre of the picture. These data, along with other images, have been used to make a spectacular new wide-field image of this object.