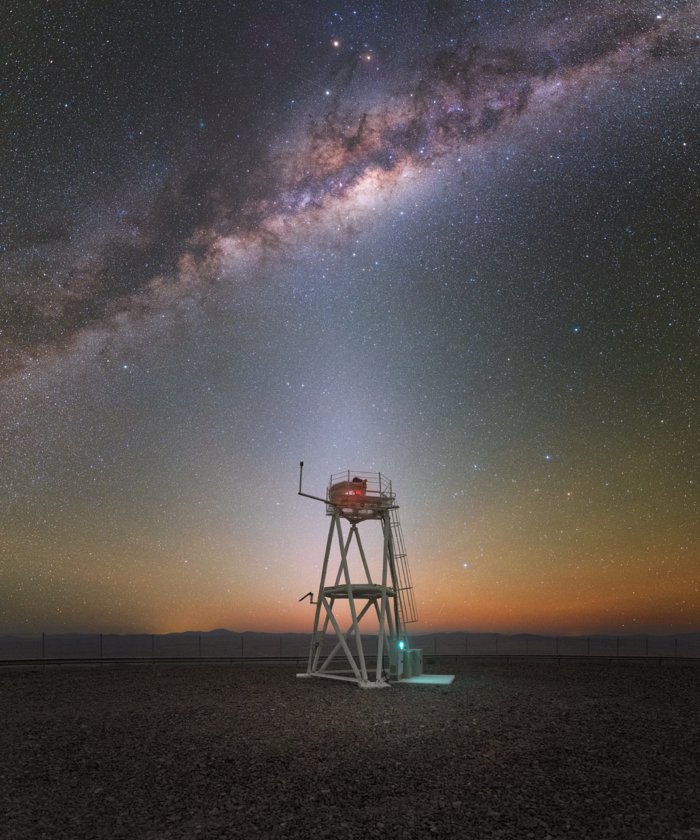 This Picture of the Week captures the Milky Way streaking across the skies above the Chilean Atacama Desert. Dark wisps of interstellar dust form a turbulent mix with the bright glow of hot gas and billions of stars, creating a scene reminiscent of the thick smoke trail of a rocket after launch.

In contrast to the tempestuous sight above, a tower at ESO’s Paranal Observatory stands serenely beneath the evening sky. Paranal is home to the Very Large Telescope (VLT), a ground-breaking observatory composed of four Unit Telescopes and four movable Auxiliary Telescopes. The telescopes can be used in different combinations to form an interferometer, combining the light they collect and allowing astronomers to study the Universe in spectacular resolution.

The VLT has achieved many scientific firsts over the years, including tracking individual stars orbiting the centre of the Milky Way at unprecedented speeds. This indicated the presence of a powerful gravitational field, providing evidence that a supermassive black hole — named Sagittarius A* — lurks there.