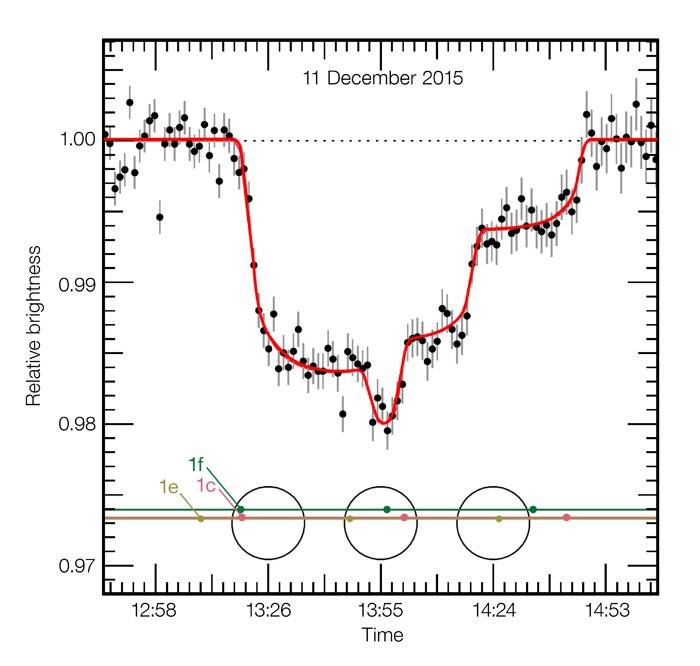 This plot shows the varying brightness of the faint dwarf star TRAPPIST-1 during an unusual triple transit event on 11 December 2015. As the star was monitored using the HAWK-I instrument on ESO’s Very Large Telescope three planets passed across the disc of the star, each causing some of its light to be blocked. This historic light curve shows for the first time three temperate Earth-sized planets, two of them in the habitable zone, passing in front of their star.