The nova of 1670 recorded by Hevelius 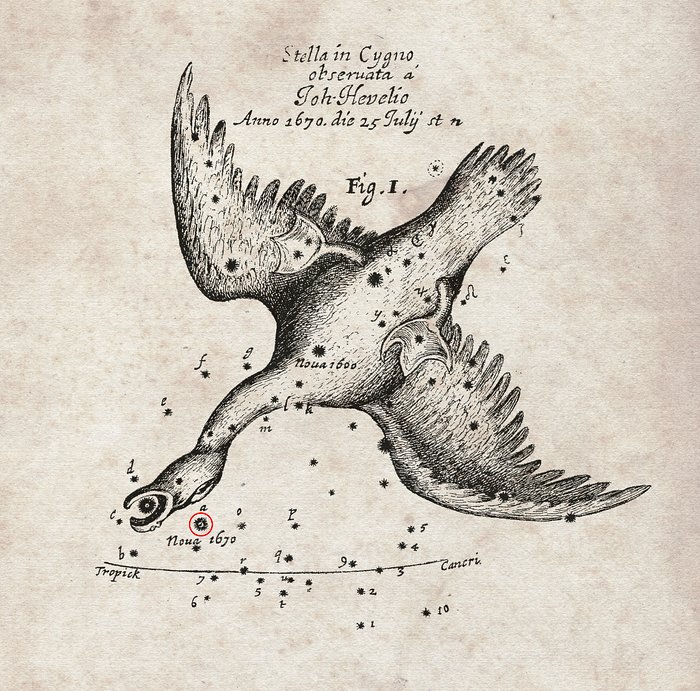 This chart of the position of a nova (marked in red) that appeared in the year 1670 was recorded by the famous astronomer Hevelius and was published by the Royal Society in England in their journal Philosophical Transactions.

New observations made with APEX and other telescopes have now revealed that the star that European astronomers saw was not a nova, but a much rarer, violent breed of stellar collision. It was spectacular enough to be easily seen with the naked eye during its first outburst, but the traces it left were so faint that very careful analysis using submillimetre telescopes was needed before the mystery could finally be unravelled more than 340 years later.